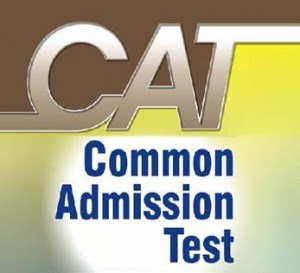 The first computer-based Common Admission Test (CAT) for admission to IIMs on Saturday got off to a troubled start with the server crashing in some centres, forcing the authorities to reschedule the examination for those affected.

Nearly 2.41 lakh students across the country would take the exam for getting entry into seven IIMs and other B-schools in 105 centers in 32 cities in the next 10 days.

Common Admission Test (CAT) servers crashed across all centers in India on Saturday. Nearly 250,000 students appeared for the test.

The scores of this test will determine a student's admission to a management institute, including the prestigious Indian Institutes of Management (IIMs).

There had been a major change in the CAT this year as it has become a computer based test from an optical marker reading test.

Around 50,000 students appeared for the exam in Delhi. The test is being held between Nov 28 and Dec 7 in 32 cities at 105 testing centres connected to a main server.

IIMs have also issued a notice to all the students appearing for the exam to refrain from discussing the new format till December 7 when the exam schedule ends.

"It has certainly not been cancelled in any of the test centres," Soumitra Roy, Managing Director, India, Prometric, the agency conducting the test, said.

"As a result of isolated technical issues some candidates are being rescheduled and provided with a new appointment via email and SMS," Roy said.

He said that thousands of tests were successfully delivered in hundreds of test centres throughout the country.

"To accommodate the maximum number of candidates, Prometric and IIMs delayed the start of the morning session by about half an hour," he said.

However, IIM, Bangalore, Director Prof Pankaj Chandra claimed the first session of the examination was a "smooth affair".

The IIMs for the first time have entrusted the task of conducting the CAT to Prometric, an American firm, which is organising the computer-based test over a period of 10 days.

A total of 2,41,582 students have registered for the exam this year, which is a marginal drop as compared to last year when 2,46,000 students appeared for CAT. The candidates will vie for around 2000 seats in IIMs.

Directional maps detailing the locations of all test centres have been made available on the CAT website by Prometric.