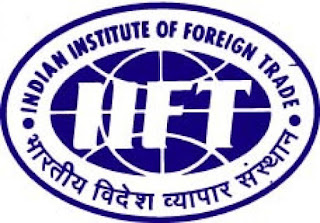 Entrance Exam for Indian Institute of Foreign Trade, IIFT for admission in MBA program in International Business at Delhi and Kolkata was conducted at 22th of Nov 2009 at various center.

It was over all a good paper except as usual quantitative aptitude and DI which was very calculative. RC was easiest of all section.

There was a surprise for candidates appearing in IIFT exam, that was SECTIONAL CUTOFF which was never a part of IIFT previous exam and papers.

The examination was of two hour duration and had 122 questions. It was divided into four sections  namely General Awareness, Quantitative Ability or Quant , a combination of RC and Verbal as the third section and a combination of LR and DI as the fourth section.

The General Awareness section had 20 questions of 0.4 marks each.

Quant had 28 questions at 1 mark each.

LR and DI combined had 34 questions at 1 mark each.

There was NEGATIVE MARKS of 1/3 for each wrong answer.


Bookmark This For Latest Updates about Solution, Answer Key and Sectional Cut-off of IIFT