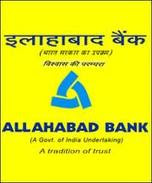 Directions—(Q. 1–15) Read the following passage carefully and answer the questions given below it. Certain words have been printed in bold to help you locate them while answering some of the questions.

Keshav and Yash lived in neighbouring villages. Once, a fair was held nearby and they set off from their homes hoping to do some business there. Keshav filled his sack with cheap cotton, overlaid it with a layer of fine wool, and set off for the fair. Meanwhile Yash, collected some old clothes, put a layer of sheer cotton on top and made his way to the fair. Each stopped to rest under a tree and got to talking. “I have the finest wool in my sack,” boasted Keshav Not to be outdone, Yash said, “I have cotton of the most superior quality.”

The two struck a deal. They would exchange their goods and since wool was more expensive, Yash would pay Keshav an extra rupee. But Yash had no money on him. So after agreeing to pay Keshav later, they went home, laughing at each other’s folly. It did not take them long to discover that they had been duped. The next day, Keshav landed at Yash’s house. “You cheat! Give me my rupee at least.” Yash was untroubled by Keshav’s words, “Of course. But first help me find the treasure at the bottom of this well. We can divide it.” So Keshav went into the well. But each time Yash, hauled up the bucket Keshav had filled, he said, “Oh ! No treasure here. Try again.” Keshav soon realized he was being used as free labour to clean the well. So he gave a loud shout, “Here is the treasure! Watch out it’s heavy !” Yash was amazed that there actually was treasure in the well. As soon as he pulled up the bucket he threw away the rope so that Keshav could not come up. But, what did he find in the bucket ? Keshav covered in mud ! They began fighting again. Soon it got too dark to continue and they left for their homes.

But Keshav did not give up easily. He arrived at Yash’s house a few days later. Yash spotted him and told his wife, “I will pretend to be dead. Keshav will have to give up.” But when Keshav heard Yash’s wife wailing, he rushed out to gather the villagers. “My friend has died. Let’s take his body for cremation.” Yash’s wife got scared, “Go away. I shall arrange for cremation myself !” But the villagers thought she was too grief stricken. Once they reached the cremation ground, Keshav told the villagers, “It is getting dark. I shall watch over him during the night.” When the villagers had left, Keshav said to Yash, “Stop pretending. Give me my money !” Now, a gang of thieves came upon them and seeing one figure seated on the funeral pyre and another standing next to him talking, they assumed them to be ghosts and dropped their bag of stolen goods and left at top speed. The two, saw the bag full of gold and silver ornaments and divided it between themselves. Keshav made sure he got an extra gold coin and the account was settled at last!

2. What were Keshav and Yash quarrelling about ?
(A) The cost of wool
(B) The interest on the loan Yash had taken
(C) Dividing the thieves’ treasure equally
(D) The money Yash owed Keshav
(E) The wages for digging the well
Ans : (D)


3. Why were the two men happy despite not going to the fair ?
(A) They had managed to buy whatever they needed on the way
(B) They had got a good deal in exchange for a rupee
(C) They had become fast friends and had made a lot of money in the bargain
(D) Each thought he had got the better deal and had swindled the other
(E) None of the above
Ans : (D)

4. Why did the villagers gather at Yash’s house ?
(A) Yash’s wife was very upset seeing Keshav and her husband arguing
(B) To help Yash’s wife carry Yash’s body home as night had fallen
(C) To give Yash’s wife the news of her husband’s death
(D) They wanted to keep watch over Yash’s wife during the night
(E) None of the above
Ans : (E)

5. Why did Yash request Keshav to go down into the well ?
(A) He knew Keshav was smart and would clean it thoroughly
(B) He was in search of treasure that he had buried
(C) To trick Keshav into cleaning it
(D) His wife had refused to help him
(E) To make Keshav earn the extra gold coin
Ans : (C)

7. Why did Keshav get an extra gold coin from the thieves’ treasure ?
(A) As payment for digging the well
(B) It was the amount Yash owed Keshav for protecting him from the thieves
(C) As repayment of the rupee that Yash owed him
(D) It was his idea to spend the night at the cremation ground
(E) He had proved to be cleverer than Yash
Ans : (C)

8. What was Keshav’s reaction to Yash’s presumed ‘death’ ?
(A) He immediately sent for the villagers to comfort Yash’s wife
(B) He was very upset because he realized that he would never recover his money
(C) He paid for all Yash’s funeral arrangements
(D) He could not be consoled and kept a watch over Yash’s body all night
(E) He knew Yash was pretending and decided to trick him too
Ans : (E)

9. What frightened the thieves ?
(A) The sight of what they thought were the spirits of the dead
(B) The realization that the villagers would soon return
(C) Someone had discovered their hiding place
(D) Their loot had been stolen by other thieves
(E) The villagers had lit a funeral pyre for them
Ans : (A)

10. Which of the following is not true in the context of the passage ?
(A) Keshav was persevering by nature
(B) There was no treasure buried in Yash’s well
(C) Keshav guarded Yash’s body because he knew thieves lived there
(D) Yash’s wife supported her husband in his crooked dealings
(E) Neither Keshav nor Yash could be trusted to keep his word
Ans : (C)

Directions—(Q. 11–13) Which of the following is most similar in meaning to the word given in bold as used in the passage ?

Directions—(Q. 14–15) Which of the following is most opposite in meaning to the word given in bold as used in the passage ?

Directions—(Q. 16–25) Read each sentence to find out whether there is any grammatical mistake/error in it. The error if any, will be in one part of the sentence. Mark the letter of the part with error as your answer. If there is no error, mark (E).

23. The Insurance Regulatory Development Authority has (A) / asked all insurance (B) / companies submitting their (C) / balance sheets by June. (D) No error (E)
Ans : (C)

Directions—(Q. 31–40) In the following passage there are blanks, each of which has been numbered. These numbers are printed below the passage and against each, five words are suggested, one of which fits the blank appropriately. Find out the appropriate word in each case.

A poor man was once travelling through the desert. Feeling thirsty and tired, he began to …(31)… for water. At last finding a stream, he …(32)… to his knees and drank the water which …(33)… very sweet. He filled up his bottle …(34)… continued on. After several days journey, he …(35)… the palace and got an opportunity to …(36)… the King. As a mark of …(37)… he presented the King with the bottle …(38)… water. The King tasted the water, and …(39)… rewarded the man. All the courtiers …(40)… to taste the water but the King refused. When the man had left overjoyed, the king explained why he had acted so strangely. “After such a long journey, the water was foul tasting. I could not risk anyone showing, his disgust for a gift which was so sincerely given! For this reason alone I reserved the tasting of the water for myself.”