Bank Of India Solved Paper Of General Awareness( held on 24-01-2010)
1. The President of the Palestine recently emphasized that his country will not resume peace talks until Israel fully halts settlement building in the—
(A) West Bank
(B) Haifa
(C) Gaza
(D) Tel-Aviv-Yafo
(E) Jerusalem
Ans : (A)
2. All the major world leaders gathered in Berlin in Nov. 2009 to mark the 20th anniversary of—
(A) European Union
(B) NATO
(C) Fall of Berlin Wall
(D) G-20
(E) None of these
Ans : (C)
3. Now almost all major newspaper journals and magazines are printing research reports giving the analysis and/or the causes of the sub-prime crisis which gripped America and the world a few months back. Which of the following was/were amongst the common cause(s) of the same ?
(They were present in almost all the economies)
(1) The problem was that investors erroneously believed property prices were quite predictable and built a whole edifice of financial planning on the back of the American housing market.
(2) Credit rating agencies all over the world were not equipped to forecast the effect of sub-prime crisis on world economy. Agencies were over-confident and did not react in time.
(3) Neither USA nor other countries took a note of the crisis in time. In fact they ignored it for quite some time.
(A) Only 1
(B) Only 2
(C) Only 3
(D) All 1, 2 and 3
(E) Only 1 and 2
Ans : (A)
4. If you see a big hoarding at a prominent public place, the punch line of which says ‘We All Were Born Free’; ‘We All Have Equal Rights’, in all probability, the hoarding is put up by—
(A) National Commission for Farmers
(B) National Human Rights Commission
(C) Directorate of Income Tax
(D) Ministry of Foreign Affairs
(E) Union Public Service Commission
Ans : (B)
5. Nowadays we frequently read news items about ‘Derivatives’ as used in the world of finance and money market. Which of the following statement(s) correctly describes what a derivative is and how it affects money/finance markets ?
(1) Derivatives enable individuals and companies to insure themselves against financial risk.
(2) Derivatives are like fixed deposits in a bank and are the safest way to invest one’s idle money lying in a bank.
(3) Derivatives are the financial instruments which were used in India even during the British Raj.
(A) Only 3
(B) Only 2
(C) Only 1
(D) All 1, 2 and 3
(E) None of these
Ans : (B)
6. Many a time we read in the newspapers that RBI has changed or revised a particular ratio/rate by a few basis points. What is basis point ?
(A) Ten per cent of one hundredth point
(B) One hundredth of 1%
(C) One hundredth of 10%
(D) Ten per cent of 1000
(E) None of these
Ans : (B)
7. Which of the following issues cannot come under the purview of the functioning of the Human Rights Commission of a country ?
(A) Racial Discrimination
(B) Treatment to Prisoners of War
(C) Human Trafficking
(D) Child Abuse
(E) Climate Migration
Ans : (E)
8. A prominent international weekly sometime ago printed a caption on its cover page which read ‘Brazil Takes Off’. Other major newspapers/magazines also printed similar stories/articles in their publications at that time. Why have magazines/newspapers decided to talk about Brazil these days ?
(1) All major economies of the world have been taking time to recover from the recession but Brazil was one of those which was ‘Last in and First out’.
(2) Brazil is a member of BRIC but unlike China it is a democracy, unlike India, it has no hostile neighbours, no insurgents and unlike Russia it exports more oil and arms and treats foreign investors with more respect.
(3) Brazil is the world’s second largest booming economy.
(A) Only 1
(B) Only 2
(C) Only 3
(D) All 1, 2 and 3
(E) Only 1 and 2
Ans : (A) 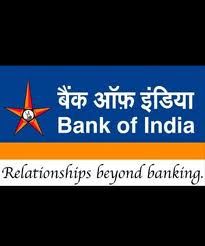